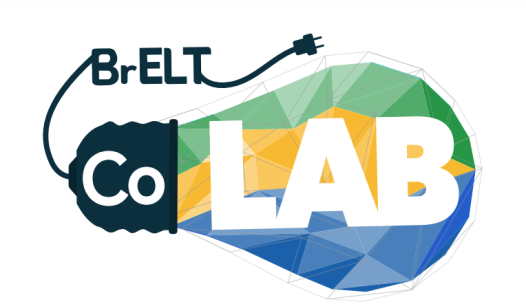 “What fossilised errors do your upper intermediate and advanced students make more often?” James Taylor asked, picking BrELTers’ collective brains for grammar, vocabulary, pronunciation and even pragmatic mistakes. 52 comments later, he had confirmed his suspicions on some mistakes and added a few others to update and further Brazilianise his lesson on those errors that learners just don’t seem to shake off. And what a treasure this lesson is! If you are looking for something to raise the bar at your higher level classes, this is most certainly it. Yes, James was kind enough to share his precious lesson with all of us because, well, that’s just who he is. And we can never thank him enough!

riginally from Brighton, UK, James Taylor has taught English as a foreign language to adults and teenagers in Brazil, South Korea, Belgium and Costa Rica. He now works for Cultura Inglesa in Brasília, Brazil. He’s a former President and a co-founder of BELTA, the Belgian English Language Teachers Association, and is also a very active member of the online ELT community. You can find
him producing the TEFL Commute podcast, writing, mentoring teachers for iTDi, blogging and presenting at conferences, online and offline.

So without further ado, here’s the powerpoint and the explanation:  Common-fossilised-errors-presentation

As someone who normally teaches upper intermediate and advanced B2 to C2 students, I have for many years noticed that, despite years of study in the language, many students make errors which I think they should have dealt with a long time before. It seems clear to me that a learner at this level shouldn’t have any problems with telling the time and correctly identifying the gender of the person sitting next to them, but these problems persist long after they should have been dealt with.

This brings up a couple of issues, the first of which is not the focus of this post but I will mention it nonetheless. It seems to me that teachers at lower levels are letting these things slide, or not being strict enough. As I describe in this blog post I wrote a few years ago, I understand that at lower levels you have to let some things go, but I think these ones are too important and that we have to be strict with the the students. And in my experience they really appreciate it.

The second point is what we do now. I think that we have to be very explicit in tackling this with the students. There’s absolutely no point in dancing around this issue, I think we have to be upfront and tell them that they are making these kinds of errors and from now on, I will correct you if I hear them. If this sounds a bit direct, you can make posters and stick them on the wall and just point to them so the student knows what they did wrong.

Below is an activity I have used with many groups in order to tackle this issue head on. It includes a powerpoint which contains 21 common mistakes that Brazilian students make, compiled with the help of the wonderful brelt community who helped me enormously on the Facebook page. Thanks to everyone who commented and proved that BrELT is one of the most vibrant and supportive English teaching communities online! Feel free to edit the powerpoint to remove slides that you don’t believe to be relevant to your classes or to fit the length of your lesson.

1. Show students pictures on slides 2 to 23. Tell them these are typical mistakes that upper intermediate and above students make. Ask them to try and identify the errors. You can go through them as a class or ask them to work together in pairs and make a list. The answers are on slide 25.

2. Show sts picture on slide 24. Tell them that they are going to read a story about this family. Can they predict what it will be about?

(The following activity is adapted from Mess it Up, an activity in 52 by Lindsay Clandfield and Luke Meddings.)

3. Put students in groups of 5, give them the following text divided into 75 words chunks and ask them to read their section. They should not show it to the other members of their group. Link to text.

4. Ask them to share what they’ve learnt from their paragraph. Together they should be able to piece the story together. Make sure that they summarise the text and do not read from it, or show it to each other.

5. Check the story together as a class. By the way, I chose this story as it is an opportunity to teach the students some critical thinking and analytical skills, so try to embrace that.

6. Ask them to rewrite the text on piece of paper but ask them to add mistakes into it. Ask them to imagine the kind of mistakes they might have made themselves and include them. Get them to mix up verb forms, change some spellings, swap words around etc.

6. Ask students to swap texts around, and correct what they think is wrong.

7. They can then check with the student who made the changes to see if they were right and what they missed.

A final note: After doing this activity, it is vital that you continue to monitor the students and give them feedback when they commit these errors over the rest of the course. You have to be strict and vigilant, or else it wasn’t really worth the effort. The students will appreciate it!

One thought on “BrELT coLAB: a lesson plan on fossilised errors by James Taylor”